We put far too much faith in doctors.  Doctors have become our gods.  I’ve never been one to put trust in another for my well being.  I know people my age that are taking a dozen or more drugs to keep them going.  And perfectly healthy individuals that are not.  What is the difference?

There is this inherent belief that ‘modern medicine’ extended the life span of people in our civilization.  Looking a little more closely at the USA shows that it is likely one of the unhealthiest countries in the world even though they spend the most on health care per capita.  I think it places 37th on the world stage in the list of healthiest to unhealthiest countries.  There are several third world countries that rate much higher than the USA.

Is our trust misplaced?

This definition has been around since at least some time in the 1940s.

If one factors in: adverse drug reactions, medical error, bedsores, infection, malnutrition, outpatients, unnecessary procedures, surgery related deaths, (caused by doctors) then the number goes up to 783,936.  Some websites put the total figure at 999,000.  That is just in the USA.

At 225,000, iatrogenic inpatient deaths is the third largest cause in the US .  Putting it in third place after Heart Disease and Cancer.  If you factor in the other ‘errors’, as mentioned in the previous paragraph, it puts iatrogenic deaths (death by doctor) at number one! - the largest cause of death in the USA!

My father was a doctor in India for over thirty years, from the early 1960s to the mid 1990s.  He gave his life for this and did it for free.  Near the end he told me that because of the pharmaceutical industry and their lack of ethics, he didn’t know if, in the end, he had helped or harmed more people.  That is a pretty damning statement for someone as educated and dedicated as my father.

Another friend, a doctor, that lives in a upper class area of a city in Ontario, Canada, told me this story:  A new, younger doctor opened up an office in the same town.  They became acquaintances.  This new doctor was altruistic and didn’t like handing out drugs for every little ailment.  If someone came to him with a cold or something similar asking for a drug, he told them that if they took the drug, the cold would go away in about 10 days.  On the other hand, if they didn’t take the drug, the cold would go away in about 10 days.  This doctor packed his bags and moved away within a year.  People just wanted their drugs, so they went to a doctor that would give them what they wanted.  This was back in the 1990s - it is much worse now.

I’m involved with a group that does drug education lectures.  A lot of kids ask about medical drugs.  We tell them to ask questions.  Many doctors over prescribe.  Sometimes a seriously addictive opioid will be prescribed for a mild pain or for someone that it having a little trouble sleeping because of a strain.  When we were kids and had our tonsils out, we got ice cream not Oxycontin.

But doctors are worshipped as gods.  People don’t ask questions.

A friend of mine had a quote for his car recently.  Engine rebuild: $6000.  Another place: $4000.  Knowing that the industry was not always the most honest, he went to small shop that a friend recommended as trustworthy.  Two days later and $600 instead of $6000, (no rebuild necessary) his car was running perfectly.

Most people will ask questions of their plumber or contractor.  But their doctor, no!  Doctors are believed to be infallible, not to be questioned.

Is your doctor too quick to prescribe prescribe prozac when you should get off sugar and get some exercise and sleep?

The medics are the ones telling the governments of the world how people should protect themselves against disease.  In the US alone in one year the medical field has caused double the number of deaths vs those for Covid-19.

How does this hypnotic effect of doctors come about?

Historically, doctors, in various incarnations have been sometimes kindly old rascals and sometimes the equivalent of witch doctors.  Either way there has always been a somewhat blind trust because sickness and its causes were usually invisible and whether it was a witch doctor or a kindly family doctor from the 1800s or the 1950s, they seemed to be able to understand these mysteries.

And who, now controls the medical industry? Or education? Or the end users?

Does Big Pharma control the education of our doctors?

In a great article from Global News (Canada), Laura Hensley tracks Big Pharma's influence on Universities.  Here is a list of donations from pharmaceutical companies.  These are research grants from 1995 to 2004 to University of Toronto.

This is just a small part of donations to just one University in one city.  Any donations that are outside research are not included here.  This is one school.  Could this influence what is taught in those schools?

And then, who controls the media?  And thus, the end users? How many pharmaceutical ads do you see in women’s magazines.  How many articles in these and other magazines on various types of ‘mental issues’?

Here is another article from Freedom Magazine on how the pharmaceutical industry shifted to direct consumer advertising.  The article could be called “Who Won the War On Drugs?” 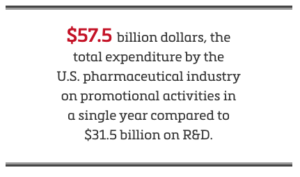 Big Pharma did not always do this.  But because of this consumers now often self diagnose and demand certain drugs from their doctors.  But if you are reading this, you are likely not one of these individuals. 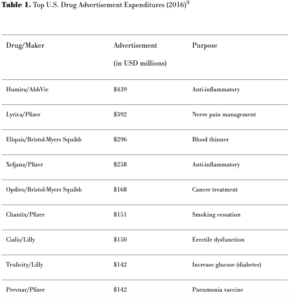 Here is a another article that includes how much the pharmaceutical industry spends on advertising.

"Americans are barraged by an endless flow of ads that claim to remedy medical maladies with prescribed drugs. The commercials depict productive and happy lives, with suggestive associations that human flourishing can be achieved via pharmaceutical intervention. The appeals are accompanied by an exhaustive inventory of potentially negative life-altering side effects."

So, the pharmaceutical industry controls to a large degree education and it pretty much completely controls the media through advertising.  You are unlikely to see an exposé in a women’s magazine on Big Pharma.  They are not going to bite the hand that feeds them.

So, as a result of all this we have an industry that continues to kill more people than heart disease and cancer put together.  And when there is a problem, they just throw money at it.  And I haven’t even touched on how Big Pharma influences government to keep this machine rolling.

Renegade, I emailed you.

Is Pfizer Being Just a Tad Hypocritical? Or is it just the money? I took this straight from Bobby Fiddiman’s Facebook page.  Bobby has been fighting the good fight against the pharmaceutical industry for many Read more…

Big Pharma is in the Addiction business. Not the healing business. We watched the last episode of ‘Goliath’ on Prime Video last evening.  With Billy Bob Thornton in the lead and J. K. Simmons playing Read more…