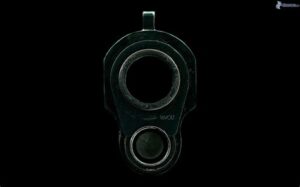 I recently read a book by Iain Overton called ‘Gun Baby Gun’.  I honestly think that the book would be a good read for anyone that likes guns or dislikes guns.

The author investigates gun culture all over the world, not just the USA.  There are places much worse for gun violence than the US.

I’ve owned guns in the past(I don’t currently) and like to shoot them.  I took safety courses, learned care and safety of my guns and made sure my kids had the same knowledge and respect for what a gun can do.

Over the years, between reading magazines and various posts on the internet and FaceBook, both sides of the ‘gun’ situation in the world kinda pissed me off.  Always, always, particularly on FaceBook many posts that I’ve read leave important information out.

A similar example: Years ago when Obama was running for his second term as President, within a few days I saw two different memes on Facebook.  One was posted by a Facebook friend that was very much a Democrat.  It listed 5 or 6 statistics that Obama had been responsible for that were very stellar and good.  Another Facebook friend is very right wing and posted a similar meme that listed 5 or 6 statistics that put Obama in a terribly bad light. Showed how poorly he was doing.

I took each point in both memes and researched them fully.  Pros and Cons.  In the meme that told how wonderful Obama was, five out of the six ‘facts’ were quite false or very misleading.  In the meme that was showing Obama in a very bad light, five out of the six ‘facts’ were  false or misleading.  I wish I had them here to show, but anyone that has been on FaceBook for any length of time is quite aware that there is very little truth in any of the memes that are posted and they are largely posted just to inflame.

Both sides of the gun lobby do the same thing.  Facts get omitted to forward a particular line.  The reader will often assume that because it is coming from a somewhat respectable source, that the facts are accurate.  There is usually enough truth that cursory investigation makes it look valid.

Iain Overton’s Book ‘Gun Baby Gun’ is very enlightening on many points.  For example he brings up the point of gun suicides.  The NRA argues that if the person doesn’t have a gun that he or she will find another way to commit suicide.  Overton gives an example of the Israeli army.  For some years soldiers would take their guns home on the weekends.  There was a pretty serious suicide rate so the rules were changed so that they would not take their guns on leave.  Suicide rate dropped dramatically.

There are facts that Overton does not delve into with the book.  He does, to some extent, try and forward information and let one make his or her own evaluation.  To an extent.

There is one area that Overton glosses over that I thought needed more attention.  He mentions at one point that he looked into the fact of psychiatric drugs and their involvement in violence in the US in particular.  This was surprising to me in the light of the fact of the detailed accounts in other areas of his book.  For example, check out the sections on the proliferation of SWAT teams in America.

If one reads almost any book by Peter Breggin, MD, or watches some of  his videos you will read or hear much about the relation of mood altering prescription drugs and violence, including gun violence.

Maybe it was because some of the people in the mass shootings in the USA were not actually on the drugs when committing their atrocious acts.  Neglecting the fact that some of the worst mental anguish is when someone tries to ‘come off’ these drugs without a proper medical or health practitioner monitoring and helping.

If you can read through the gobbledygook on the following website, you will see in the article some of the legal, prescription drugs that can be responsible for violence:

Here is an article that talks about one of the biggest issues being that people stop the medication abruptly and without proper supervision: School Shootings

If you look, you can find articles that negate this relationship.  But if you go to the source… Go to the websites that list out the side effects of drugs like Prozac and Ritalin and the like; research some of the drugs that these kids that do the mass shootings are on.  Have a look at the side effects, that are often depression and violence.

To me, this was a huge omission from Iain Overton’s book ‘Gun, Baby, Gun.  Marvelous book. Well worth the read.  Extremely enlightening.

Get a copy of the book here:

He makes an excellent point about the withdrawal symptoms from psychotropic drugs, often overlooked.

My heart goes out to those that lost loved ones in Connecticut yesterday.  I cannot imagine what they must be going through.  I hope each one of them has someone there to help them.  It Read more…