Published by greymouser on February 28, 2018

This article by my dear friend Charlotte Roberts:(thanks for letting me post)

What would you call someone who deliberately sent 180 to 460 volts of electricity searing through their brain? Idiot? Knucklehead? Imbecile?

So what would you call someone who sends that voltage through the brain of a child, deliberately?  I would call them malevolent, foul, malicious (if I were keeping it clean) and I would consign them to their very own very special Hell for all of eternity.

But, unbelievable as it is, such people do exist. And your provincial government funds them. I’m speaking, of course, about the barbaric cruelty fraudulently enforced on patients of ALL ages, including children, in our nation’s psychiatric institutions. 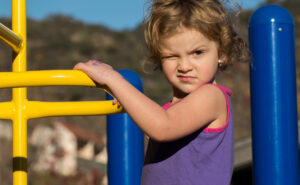 “Learned” papers by leading so-called experts, such as that published by the British Columbia Ministry of Health Services(*) touts ECT as “safe and effective”. What unmitigated nonsense!  ECT is not safe. Never has been. Never will be.

As to its effectiveness, that depends entirely on what it is the psychiatrist is trying to do. If what he has in mind is inducing memory loss, brain damage, inter-cranial bleeding, loss of brain tissue, headaches, nausea, confusion, and death then, yes, it works like a bomb. If it’s supposed to “cure” anything, then it’s a miserable failure. Just ask one of the many “ECT survivors” who posted this heartbreaking comment about her ECT “treatments”:

"My lifetime memories are gone. So are my abilities, home, daughter, love of my life, and friends.

I have been suicidal after ECT many times, and it’s like a slow and lingering death.

I think all psychiatrists who do this should do it to themselves.

And this is what those heartless, soul-less psychiatrists are doing. To children.

It isn’t a new idea, either. AHRP (Alliance for Human Research Protection) chronicles the experiments of Lauretta Bender, whom they correctly style “Child Psychiatrist from Hell”:

Child psychiatrist, Dr. Lauretta Bender, began her experimental electroshock “treatments” in children in 1942 at Bellevue Hospital. She experimented extensively on helpless children whom she “diagnosed” with “autistic schizophrenia.” Some of the children were as young as 3 years of age. She used multiple electroshock (ECT) “treatments” at Bellevue Hospital (NYC) and then added LSD and other hallucinogenic drugs experimenting on children at Creedmoor Hospital with CIA funds.

By 1947, she had “conducted ECT on 98 children diagnosed with Childhood Schizophrenia under the age of 12”.

In the ‘50’s and ‘60’s, autistic kids were often subjected to seclusion, restraint, and physical punishment by clinicians who did not understand their condition. The head of children’s psychiatry at Bellevue Hospital in New York City, Lauretta Bender, administered electroconvulsive therapy to autistic patients and also insulin-shock therapy – administering overdoses of insulin to put them into a short-term coma. She gave them antipsychotic drugs like Thorazine. She also tried giving autistic kids LSD every day for nine months or more, but decided they were becoming “more anxious”.

A researcher friend of mine says regarding Bender, “I read nasty-ass spy novels. They ain’t got nothin’ on her”. He’s right. I defy even Stephen King to come up with anything as horrifying.

Meanwhile, Renee Binder and Saul Levin of the American Psychiatric Association (commonly abbreviated to “Am Psych Ass”) have been lobbying the FDA for relaxed regulations for using ECT on children. According to these characters, "Having access to a rapid and effective treatment such as ECT is especially meaningful in children and adolescents...."

The 2013 report by the United Nations Special Rapporteur on Torture and Other Cruel, Inhuman or Degrading Treatment or Punishment called electroshock “torture” and calls for a ban on all “forced and non-consensual” electroshock “against persons with disabilities”.

Some legislators, apparently with more active brain cells than ours, have banned the use of ECT on children. In 2014, Western Australia joined India, California, Colorado, Tennessee and Texas in implementing rigorous restrictions on the use of ECT. In Western Australia, for instance, administering ECT on anyone younger than age 14 can get actual jail time as well as a hefty fine.

“The ongoing and growing interest within psychiatry in prescribing electroshock or shock-like procedures … in children is of grave concern," and "given the volume of evidence demonstrating its substantive brain-damaging outcomes, we call for an immediate global ban on the use of electroshock on all children.”

So, by all means, parents -- continue to install baby gates, electrical outlet caps, cupboards locks. Buy the kids bicycle helmets and sports padding. Continue to impose curfews, monitor the sites they visit on the internet, and warn them of the dangers of drugs. And keep them strictly away from the maniacs with medical degrees.