The War On Drugs

Published by greymouser on December 24, 2019

The War On Drugs – Legal and Illegal

There is no question that there is a drug epidemic in North America.  Whether it be opioids, pharmaceuticals, marijuana or still one of the worst, alcohol.

There is a law in the universe that you tend to get what you put your attention on.  Someone reading the newspapers, watching the news on TV and listening to it on the radio will generally only see bad things in the world or see it in a bad way.

Police put their attention on crime and they get more crime.

A project was initiated some years ago in Iceland to counter the alcohol/drug problems they had in that country.  Being as isolated as it is and having a smaller population and a central government, a somewhat benevolent government, they were able to successfully implement this program.  The resulting statistics are more than impressive.

They had the parents, school boards and the government at high levels all on board and in agreement on what should happen.  Very tricky at the best of times.

There are things that were implemented that would get screamed down in countries like the United States of America.  But I would like to think and hope that people would come up with alternative solutions so that a program like this would still come to fruition.

All a statement like, “That wouldn’t work here.” does, is keeping kids on drugs and alcohol.  There is always a solution, always a way to sort things.

One of the key people that was behind the program was Inga Dóra Sigfúsdóttir.

First off they surveyed.The children/teens.  When countries ask them for help implementing a similar program the first thing is always a survey.  Not all situations are exactly the same.

Here are some of the survey questions that were asked:

And here are some of the results of these surveys:

“The results of these surveys were alarming. Nationally, almost 25 percent were smoking every day, over 40 percent had got drunk in the past month. But when the team drilled right down into the data, they could identify precisely which schools had the worst problems—and which had the least. Their analysis revealed clear differences between the lives of kids who took up drinking, smoking and other drugs, and those who didn’t. A few factors emerged as strongly protective: participation in organized activities—especially sport—three or four times a week, total time spent with parents during the week, feeling cared about at school, and not being outdoors in the late evenings.”

My observation through life and watching kids in public school, private school or home school, is that the most important thing is parent involvement.  There is a stupid idea that one would spend ‘quality time’ with their children.  One for one, whichever type of schooling, as above, when the parents spent time with the kids and were involved their lives and schooling, the kids were fine.  Rarely would they become involved in drugs or alcohol.

Some of the place where Iceland tried to export this program were unsuccessful because the program directors could not get the parents involved.  They just didn’t care enough.

I have run into this doing Drug Education Lectures at public schools.  We have students, ten years old, that feel they are

trapped.  They don’t want to do drugs, but their parents and often older siblings smoke pot.  It’s pretty sad.

Iceland strengthened tobacco and alcohol laws but the most important thing they did, in my opinion (based on my experience and my own surveys), is this:

“Links between parents and school were strengthened through parental organizations which by law had to be established in every school, along with school councils with parent representatives. Parents were encouraged to attend talks on the importance of spending a quantity of time with their children rather than occasional “quality time”, on talking to their kids about their lives, on knowing who their kids were friends with, and on keeping their children home in the evenings.”

Again, this won’t work in areas where parents are setting an example of using drugs or alcohol.  Parents also have to be willing and able to spend time with their children.  The sit down family dinner is one of the most important activities for creating a strong growing family.

An acquaintance of mine, a man I’ve known for a few years knows that I work in drug education and fairly recently had some problems with his son.  This fellow has been smoking pot since he was 12.  He is now around 40 and starting to have some physical issues.  He came to me upset as his son was sent home from school earlier that day on some drug (marijuana) related problems.  He was asking for help for his son.  My heart went out to him, no one wishes this kind of thing for their kids.  I didn’t think it was an appropriate moment to suggest that he start setting a different sort of example.  When drugs become the ‘go to’ solution for every problem physical or emotional, for you, then your children observing this reaction to the issues of life, and with the fact that they generally will learn by mimicry,… well, not much you can do. The 'do as I say not as I do' sort of thing, just doesn't work. 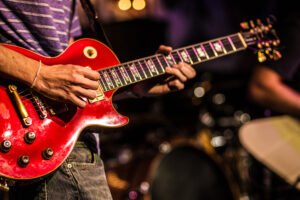 One parent active in the Iceland movement, said that he had a house full of instruments that he was trying to get his kids involved with and they ended up,
both sons, in soccer.  Both received scholarships in the USA to play at Universities.

There is always a solution for any problem.

We have great success doing the drug education lectures with the younger kids that have not started doing drugs yet.  Most of them get it.  But if you want to keep your children from doing drugs or alcohol, then you may need to run a little interference at home.

I think that last point is the key.  Put your attention on the positive.  It would be great if we could take half the police force and get them helping create activities for
kids.  I’d be willing to bet that would do more than them concentrating on criminals.

I recently read a quote by Don Winslow, the author of ‘The Force’:

“Fifty years and a trillion dollars after we declared the war on drugs, drugs are now more prevalent, cheaper, and more potent than ever before.  If this is victory, I’d hate to see defeat.”

You get what you put your attention on.

Maybe if the concentration in the USA had been on educating kids and keeping them involved in extra- curricular activities as above, then we might not have
had these problems.

This program worked for Iceland.  They have the statistics to prove it.  And it is working with varying degrees of success in other countries.  So, there is hope.