Published by greymouser on December 6, 2019

Wherever you look these days, in the media and other places, we are told that marijuana is a panacea, a cure all.  If you see a ‘pot booth’ at a trade show, the dudes there will gladly tell you that pot is completely safe for pregnant women.  Pretty irresponsible if you ask me.  There is not one iota of evidence to support this.  Years ago alcohol was considered completely safe for pregnant women.  Have you met any alcohol syndrome children or adults?  I wouldn’t wish that on my worst enemy.  Do we find out in ten, twenty or thirty years from now that marijuana has similar effects.  These dudes at the weed stores are not doctors, have done no research and really don’t have a clue.

All kinds of justifications for smoking weed.  It calms you, it is great for anxiety, cures cancer and a million other things.  A placebo can do the same thing and likely with a higher success rate than marijuana.

By far the majority of people are not smoking or ingesting marijuana for the health benefits.  Most are just trying to get stoned.  Very few people that drink will tell you that it is completely good for you. They drink alcohol to ‘get away’ from things or some kind of escape.

I’ve put together a list of words and phrases that people use to refer to the effects of marijuana on one.  None of them reflect mental acuity.

... In fact they reflect just the opposite.  Marijuana is used to not confront the world around one.  Some people will experiment with it because it’s now legal in some areas.  Largely, though it is used to escape.  Problem, as with any drug, one often needs more and more to get the desired effect.  And then other drugs.  Some don’t move on to other drugs and these are the ones that get quoted but statistically the majority do.

I’ve heard people assert that it makes one a better driver when stoned.  These people are pretty disconnected from reality.  It is illegal to drive (DUI) stoned. 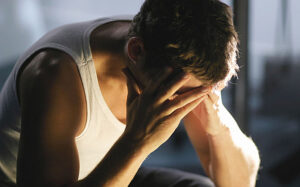 That’s because the people looking at you realized that you are impaired when driving NOT more capable.

One of the known side effects of marijuana is that is slows reaction time. That is not going to make you a better driver.

If you are going to be using or trying marijuana, please read through the list and note the effect that it actually has instead of listening to the statements of someone who is going to make money from your slow demise.

And please don’t ever get in a car with a driver who is stoned/high on marijuana or hashish.

This from the National Institute on Drug Abuse (USA)

“Several studies have shown that drivers with THC in their blood were roughly twice as likely to be responsible for a deadly crash or be killed than drivers who hadn't used drugs or alcohol.”

There has been a lot of effort over the last couple of decades to ‘rebrand’ marijuana.  In the 1970s and 1980s there were movies such as ‘Dazed and Confused’ and ‘Up in Smoke’.  Other scenes and movies of this era showed pot to diminish one’s abilities.

The conglomerates that are trying to market pot to the masses have spent millions trying to change the impression that people have about the drug.  (It is still a drug.)  Trying to convince people that the (untested) benefits outweigh the harm that marijuana can do.

The plans and money spent on this rebranding are well documented.  You can find links other places for these on this website.

Know before you go.  The drug dealer doesn’t have your best interests at heart.  Whether that drug dealer is in a nice suit and employed by the government or your friend’s brother, he or she is in it for the money.